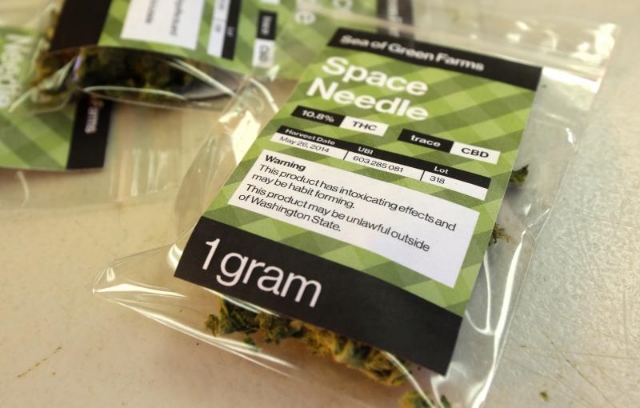 Welcome to CodeTalk, the blog about all things Code Publishing Company. CodeTalk will cover a broad range of topics related to codification, including industry trends and technology, as well as highlight legislative issues at the city, county and state level.

When voters in Washington and Colorado approved ballot initiatives in November 2012 legalizing recreational sales and possession of marijuana, it didn’t come as a major shock. In addition to favorable poll numbers heading into election night, both states were on the forefront of approving marijuana for medical use – Washington in 1998, Colorado in 2000 – so it made sense that the two would pioneer the push for nation-wide legalization. Similar to how alcohol laws vary by state (and from county to county), Washington and Colorado handled their marijuana legalization efforts in different ways.

The new laws were identical in two ways: residents 21 and over may possess up to one ounce of marijuana, and no stores could be located within a certain distance of parks, schools and community centers. That’s where the similarities end. Washington’s law granted the state’s liquor control board the power to award licenses for retail and growing operations, while Colorado skipped the headache and transformed its existing medical shops into retail shops. Not only that, Colorado’s law allows for personal plants (up to six).

Two more states have followed in Colorado and Washington’s footsteps: Oregon and Alaska. In addition, Washington, D.C. residents also voted to legalize marijuana, allowing possession of up to two ounces. D.C.’s law comes with one significant caveat: sales are still banned, thus establishing the proverbial “Magic Ounce” (i.e., marijuana that is illegal to buy or sell, but can be possessed). With nearly 300 customers across the four states that currently allow recreational sales, Code Publishing Co. has codified numerous ordinances pertaining to the production and sale of marijuana.

In Washington, many jurisdictions have implemented moratoriums or outright bans on the production and sale of pot. According to the Municipal Research and Services Center (MRSC), 30 cities have placed moratoriums on pot businesses, while a whopping 68 have taken the draconian step of banning pot businesses altogether. Colorado is not without its detractors either. In fact, there are even more than Washington. As of March 2015, 249 jurisdictions in Colorado had banned marijuana sales. In almost every case, the local city councils have cited federal drug statutes, which ultimately trump the actions of individual states. Yet, with so many cities banning the sale of marijuana, thus begs the question: “Who should receive the tax dollars generated by the industry?”

Washington made a few sweeping changes this summer, after governor Jay Inslee signed a bill that prevents cities that ban sales from receiving a piece of the tax pie. The new bill also implemented a flat 37 percent sales tax – instead of the initial three-tiered rate of 25 percent on producers, processors and retailers – which will increase tax revenues. The new law also relaxes zoning restrictions, further incentivizing the remaining holdouts to lift bans and moratoriums.

While the western states sort out their respective marijuana laws, the eyes of legalization proponents now turn to…Ohio? Yes, the state best known for swinging presidential elections every four years is in the news thanks to Issue 3. If approved by voters, Issue 3 would green light 1,100 retail marijuana shops and allow growth of up to four plants for personal use. That second part is key if you consider the main sticking point of Issue 3: production for retail shops will be limited to 10 operations within the state. Here’s the catch: those operations will be run by the big money backers of Issue 3, essentially creating a monopoly on production. A recreational marijuana industry is a tremendous leap for a state that didn’t even have a medical marijuana industry to begin with, and voters will decide if mega-millionaire donors are the right people to run it.