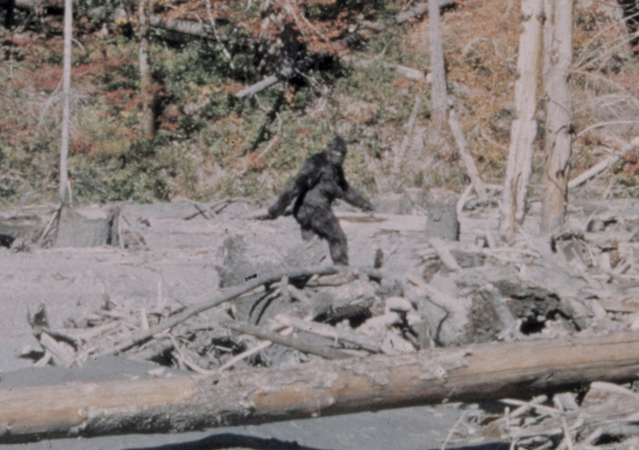 If you’ve ever spent an afternoon killing time on the Internet, it’s possible you’ve come across a list of weird laws from around the United States. The only problem with lists (like this one) is that they don’t provide much context, if any. For instance, Oklahoma’s whaling ban. The law is pointless considering there are no whales in Oklahoma. Well, guess what? Oklahoma’s law doesn’t actually mention whaling. Here’s the text of the law people refer to (§ 29-2-135, Oklahoma Statutes):

“Threatened” refers to any wildlife species or subspecies in the wild or in captivity that, although not presently threatened with extinction, are in such small numbers throughout their range that they may become an endangered species within the foreseeable future or that they may be endangered if their environment deteriorates.

Not only are whales not mentioned, but neither is any other specific animal. In fact, if you take the literal interpretation of the law a step further, hunting any animal on this list is illegal in Oklahoma. So, why are whales the de facto animal for this interpretation? First of all, the notion of whales in land-locked Oklahoma is funny. Second, remember when “Save the Whales” was a thing? Basically, the whales had a better publicist.

Absurd interpretations are one thing, but at least whales are things that exist. Skamania County (WA) has a law on the books that forbids killing Sasquatch. Yes, the mythical ape man that roams mountain forests in the Pacific Northwest. Skamania’s original law dates back to 1969, which coincides with the height of Sasquatch fever in America after the famous Patterson-Gimlin film purportedly showed the elusive creature in the wild.

Taking no chances on whether Sasquatch was real or not, Skamania County became proactive and established a law (Ord. 69-01) making it a felony to kill him (or her!) – an offense punishable by up to five years in prison. The law was amended 15 years later (Ord. 1984-2), downgrading the offense to either a misdemeanor or gross misdemeanor. However, the county prosecutor still retains the power to determine if the creature is human enough to consider homicide.

Skamania’s “Big Foot Ordinance” is just one of many wacky local laws CPC editors run across during the codification process. About 120 miles east of Seattle sits Leavenworth, a small mountain town with a rather quaint gimmick: its Bavarian theme (no, seriously). It should come as no surprise that Leavenworth takes this theme very seriously. Chapters 14.08 through 14.10 of the Leavenworth Municipal Code outline strict development standards for compliance with the theme.

Another customer known for its strange laws is Carmel-by-the-Sea, which is perhaps best known as 1) that place Clint Eastwood was mayor for a couple years, and 2) its lack of street addresses. Residences are referred to by name, and all mail is delivered to a central post office where residents are assigned a PO Box. As if that isn’t weird enough, the city also bans high heels. Well, sort of.

Section 8.44.020 of the Carmel City Code does say “The wearing of shoes with heels which measure more than two inches in height and less than one square inch of bearing surface upon the public streets and sidewalks of the City shall be prohibited…” What isn’t mentioned often is the rest of that sentence: “…without the wearer’s first obtaining a permit for the wearing of such shoes.” Obtaining a permit is simple: inform the folks at city hall that you assume the risk of walking in heels on unpaved streets and uneven terrain.

Finally, we have Solano County’s nut theft ordinance, and it’s exactly what it sounds like. Solano County (CA) is nearly two-thirds farm land, and two of its biggest cash crops are almonds and walnuts, both considered high water usage crops (almonds require one gallon of water per almond, while walnuts require nearly five). By 2013, nut theft had increased to the point the county was forced to enact a law both protecting farmers and punishing thieves. Chapter 33 of the Solano County Code, established by Ordinance 1740, requires proof of ownership for unprocessed nuts. Violation of the ordinance is punishable by a fine of up to $500 for a first offense and $1,000 for offenses thereafter.

The nut theft law has taken on greater importance in 2015 as investors establish nut growing operations in Solano County. The influx of nut growing operations is due to Solano County’s water stability, as California’s critical water shortage hasn’t affected the county as much as the rest of the state. Increased production and higher land costs means protecting farmers and their investments has never been a higher priority.

Finally, sometimes just the quaint and/or quirky language of law is the cause of much amusement. Here are a couple of them, uncovered by CPC editors:

Sumas (WA): Section 8.28.050 is titled “Bawdy house.” In layman’s terms, it’s a house of prostitution. Running such a place in Sumas can net as low as a $20 fine and 10 days in jail, but could be as harsh as $300 and a 90-day stay in jail. Also, if you’re caught inside one for unlawful purposes (and really, who’s doing lawful things in there?), that’s a misdemeanor. Back in the good old days, it was a measly $1 fine.